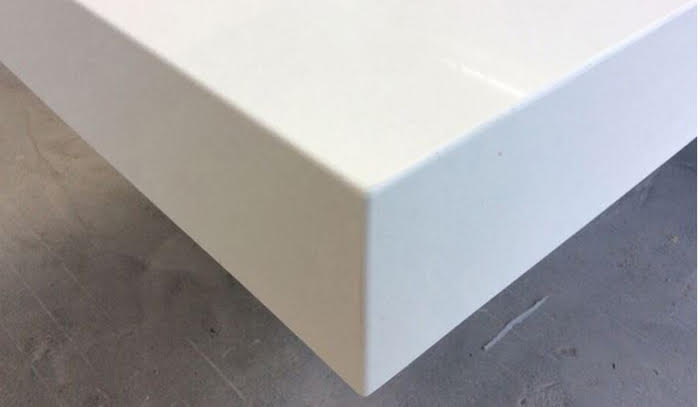 Engineered stone is a composite material made of crushed stone bound together by an unknown polymer resin. Some newer versions use cement mix as the binder. Marble and quartz are the most commonly used crusted stones. The toxic exposures mentioned in this article come most likely from the unknown binders, and not the natural quartz or marble stone. — DLD

Philippe Ledrans, marble craftsman and MDY’s CEO, shares his concerns about the dangers of synthetic quartz, a material commonly used in the manufacture of kitchen worktops.

“I manage a company that has produced thousands of kitchen worktops every year for nearly 50 years, serving customers in the Paris area as well as in Normandy and Brittany. My expertise in the field of mineral materials has been recognised by the most important figures in the profession, in France and abroad.

In 2013, at a time when half of the kitchen worktops produced by MDY’s workshops were made from synthetic quartz (also known as ‘engineered stone’), I was alerted to a warning from a manufacturer of this product that synthetic quartz posed a health risk to my employees. As a precaution, I immediately pulled this product from our line.

In an effort to confirm or dispel my suspicions, I personally sought out an independent laboratory capable of providing answers: the Institut de Recherche et d’Expertise Scientifique (IRES – Strasbourg) identified and analysed the material and broke down its components.

After 3 years of testing and investigation of the synthetic quartz sold in kitchen worktops, I now have overwhelming evidence that this material is a health hazard not only during the manufacturing process, but also during day-to-day use in the kitchen and even after disposal, since it is classified as a ‘hazardous’ waste.

Among the hydraulic binders and dyes contained in synthetic quartz, we detected:

I am sounding the alarm on synthetic quartz in kitchen worktops, since these findings confirm not only that it contains Group 1 carcinogens, but also numerous Group 2a and 2b endocrine disruptors (similar to asbestos).

The comprehensive quartz study conducted by the Institut de Recherche et d’Expertise Scientifique of Strasbourg yielded the following conclusions (among others):

In a world where people are looking to lead healthier lives, I cannot fathom the reality that people are still preparing meals for their children on these poisonous surfaces, because no one has told them the truth.

These incontestable scientific findings must be disseminated as widely and as quickly as possible; alternative natural minerals that pose no health risk have long been available.

All supporting evidence is available to the media on the MDY-France blog, as well as through my lawyers and solicitor.”

Here are the two reports. These are in French but you can translate them at https://translate.google.com/