My guest today is Joyce Durnell-White, founder of Clearwater Green Exchange. We’ll be talking about why you should grow your own food and how to create an abundance of food with your friends and neighbors. This local group in Clearwater, Florida encourages members to share backyard produce and support each other in implementing self-sustaining and homesteading activities in this suburban area. area. All items are shared at no cost to members. Joyce has loved to garden since she was a child and takes joy in volunteering thoughout the community. www.facebook.com/groups/420377994822976/

Organic, Cage-Free, and Other Exceptional Eggs

My guest today is Rick Leibee, Sales and Marketing Manager for Nature’s Yoke, a specialty brand of Westfield Egg Farm, Inc. We’re going to learn all about how organic, free range, and other specialty eggs are produced, how they are labeled, and why you should eat them. This is the brand of eggs I eat every morning. Rick grew up on a small family farm in rural Kentucky where they raised a lot of their food and had livestock for family use. He is still married to his college sweetheart for 39 years, Helen, and they have 11 children—six birth and 5 adopted, four are international adoptions. He lives in New Holland, PA home to Nature’s Yoke. When they were first married in 1976, Rick and his wife adopted the “healthy” eating lifestyle. They received, for a wedding present the cookbook Laurel’s Kitchen, which had just been published, and since then have eaten as “clean” and organic as possible with a large family. They lived on 15 acres and grew their own food and raised free range chickens and cattle for our personal use. Rick graduated from Florida State University in 1977 with a degree in business with an emphasis and marketing. While working for other businesses, Rick became friends with the owner of Westfield Egg Farm and was invited to work there. www.naturesyoke.com

My guest today is Maria Jindra, co-founder of Vita Salva Glass Works. She and her husband began the company in 2010. when they discovered the unique violet biophotonic glass manufactured in Europe. There are many beneficial qualities of the biophotonic glass, including long term preservation of organic products. The science of biophotonic glass includes actual enhancement of the biolife force of the organic product that is stored in the glass. The violet glass is elegant, sturdy, and reusable. The couple started their company after retiring from 35 years of cattle ranching and farming on the high plains of Colorado. Maria is an activist against Geoengineering and GMOs. www.violetglassjars.com

All About Organic Coffee

My guest today is Barrie Gromala, Cofounder and President of Beantrees Fine Organic Coffee. We’ll be talking about coffee, why you should drink organic coffee, organic certifications, and more. Beantrees began selling gourmet organic coffee in 1993 through corporate “organic espresso bars,” and now sells beans internationally through specialty markets. They have many celebrity clients and their coffee was even served at the Cannes Film Festival. They have a comprehensive collection of coffees, including mountain water decaf and flavored coffees—all organic. www.beantrees.com

Today my guest Annie B. Bond, author of True Food: 8 Simple Steps to a Healthier You. We’ll be talking about why slow, local, organic, and whole food matters—for both your health and the Earth. I met Annie many years ago when her publisher asked me to write the forward to her first book Clean and Green. Annie is the best-selling author of five books, including Better Basics for the Home (Three Rivers Press, 1999), and Home Enlightenment (Rodale Books, 2008). Her most recent book True Food (National Geographic, 2010), is a winner of Gourmand Awards Best Health and Nutrition Cookbook in the World. She was named “the foremost expert on green living” by “Body & Soul” magazine (February, 2009). Currently Annie blogs and leads the selection of toxic-free products for The True Find. www.anniebbond.com | www.thetruefind.com

My guest today is Randy Hartnell, President of Vital Choice Wild Seafood & Organics, which he founded in 2001 with his wife Carla. He is responsible for guiding the company on its mission of providing consumers with high quality sustainable seafood, while educating them about the impact of their food choices on the environment, their health, and the commercial fishing community. We’ll be talking about toxic chemicals found in seafood, the health benefits of seafood, how you can choose and purchase the safest seafood. Prior to founding Vital Choice, Randy spent 24 years as a commercial salmon and herring fisherman in the Pacific Northwest and Alaska. He is a Washington state native and currently resides there with his wife in Bellingham. www.vitalchoice.com

My guest today is Genita M. Mason, HHP, NC, MH, Founder and Medical Director of The Biosanctuary Health Clinic & Retreat.  We’ll be talking about all the toxic “obesogens” and how these toxic chemicals make people gain weight, plus the plan to lose weight by removing them from your body.  “So refreshing to get into this area,” she told me, “I didn’t realize what I had going on until a woman who had gone through over 30 weight loss programs in the last 12 years came into the clinic for something else and begin melting it off.” Patients come to Genita’s retreat for her advanced detox program based on orthomolecular and naturpathic models. In 2014 she was given the American Naturopathic Medical Association’s ‘High Achievement’ Award. I met her in 2010 after she won a human rights award for the High Impact Biological Medicine “Green Body & Mind Medical Model” she developed which practices the best of Functional Medicine for a long list of today’s epidemic physical and mental diseases and metabolic disorders such as addiction. www.biosanctuary.com 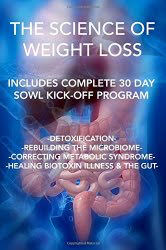 Purchase Genita’s new book The Science of Weight Loss from amazon.com. Read more about the book and Genita’s detox program at http://thescienceoflosingweight.com/

The Best Diet for Perfect Health My guest today is Paul Jaminet, Ph.D., author of Perfect Health Diet: Regain Health and Lose Weight be Eating the Way You Were Meant to Eat (Scribner, 2012), editor-in-chief of the Journal of Evolution and Health, and blogger. He is also the creator of the Perfect Health Retreat, an opportunity to repair health and obtain a comprehensive education in the Perfect Health diet and lifestyle at a luxurious beachfront setting. These retreats are establishing the Perfect Health Diet as a spectacularly successful – and delicious – approach to health improvement. Paul became convinced of the importance of an ancestral approach to health when he overcame a chronic disease through diet and lifestyle. Prior to his discovery of ancestral health, Paul had been an astrophysicist at the Harvard-Smithsonian Center for Astrophysics and a software entrepreneur. Paul continues to pursue research in economics and business strategy. www.perfecthealthdiet.com

My guest today is Danny Boome, internationally-acclaimed TV personality and Chef, known to audiences for his culinary work and dynamic personality. Today we’ll be talking about his new gig as host of Good Food America season two, and what he’s learned from visiting organic, sustainable, and healthy restaurants across America. Following the success of hosting two of 2013’s hit shows: ABC Daytime’s Recipe Rehab and Food Network/The Cooking Channel’s Donut Showdown – Danny has taken to the streets to take viewers on a culinary adventure across America (think: Diners, Drive-ins and Dives, but with far less calories and a super charming English accent) in search of the nation’s best organic, sustainable and healthy restaurants. Viewers will join Danny on his gastronomic journey each Sunday night as he discovers regional gems, native ingredients and the homegrown talent that keeps locals coming back for more. This season, the series will make stops at restaurants from Maine to California, and you can come along too. In addition to hosting television shows, Danny brings his passion for food and culinary exploration to homes, schools and lecture halls across America. He shares his fresh perspective and practical, no-fuss recipes and techniques through cooking workshops, courses and private lessons. As a former European professional ice hockey player, Danny is an active sportsman. Danny’s experiences on the ice, in the kitchen and traveling the country as a self-proclaimed “gastronaut,” enabled him to further promote the benefits of healthy eating and exercise by creating the non-profit organization, Better Fed. Danny started his culinary training in 1999 as a cook in Switzerland – 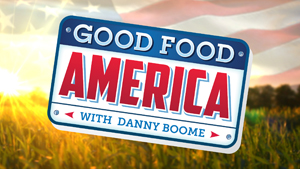 doubling up as an au pair for a local family. He later trained at the acclaimed West Wind Inn in Canada and attended the Grange Cookery School in England. Good Food America can be seen on select satellite and cable networks as well as online at ZLiving, which allows you to watch on your computer or on any mobile device. Watch at go.zliving.com/tvshows/good-food-america

Make Your Own Fermented Foods for Nature’s Probiotics

My guest today is fermentation revivalist Sandor Ellix Katz. I became aware of him when I read his first book Wild Fermentation, which I consider to be the basic book on the subject that everyone should have. His books and the hundreds of fermentation workshops he has taught have helped to catalyze a broad revival of the fermentation arts. A self-taught experimentalist who lives in rural Tennessee, the New York Times calls him “one of the unlikely rock stars of the American food scene.” His latest book, The Art of Fermentation (2012), received a James Beard award. Sandor teaches fermentation workshops around the world. www.wildfermentation.com.